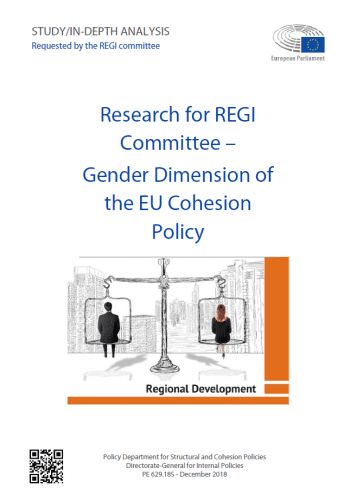 A new report to the European Parliament shows that a selected number of EU Operational Programmes in Sweden are successful in considering and mainstreaming the gender equality dimension. Several challenges remain, however, in regard to the evaluation, monitoring and measuring of the principle.

Among other things, the report concluded that the Swedish Operational Programmes have significantly considered and mainstreamed the gender equality dimension, but that they still face problems related to the evaluation, monitoring and measuring of the principle.